Wrestlers will portray heroes or villains as they follow a series of events that build tension and culminate in a wrestling match or series of matches.
Trailer 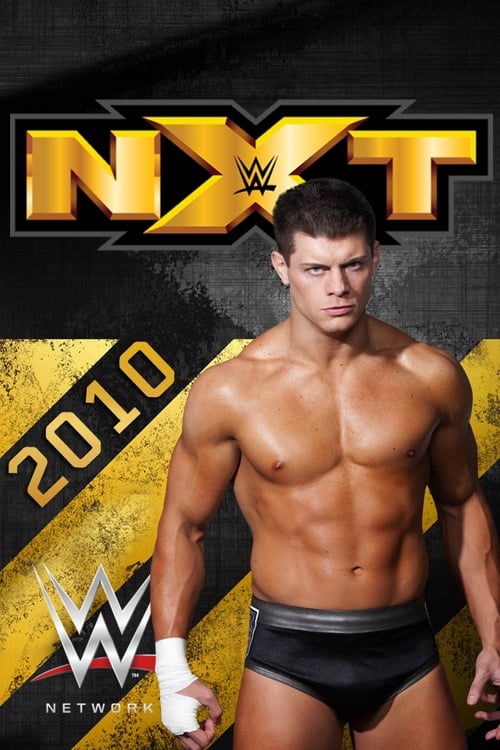 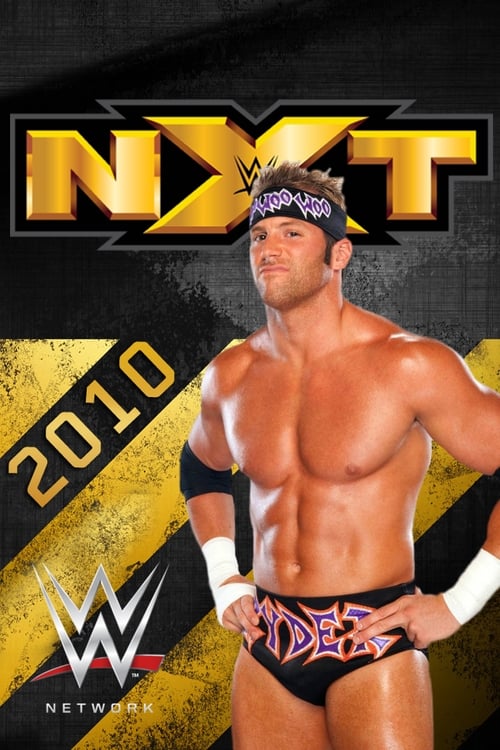 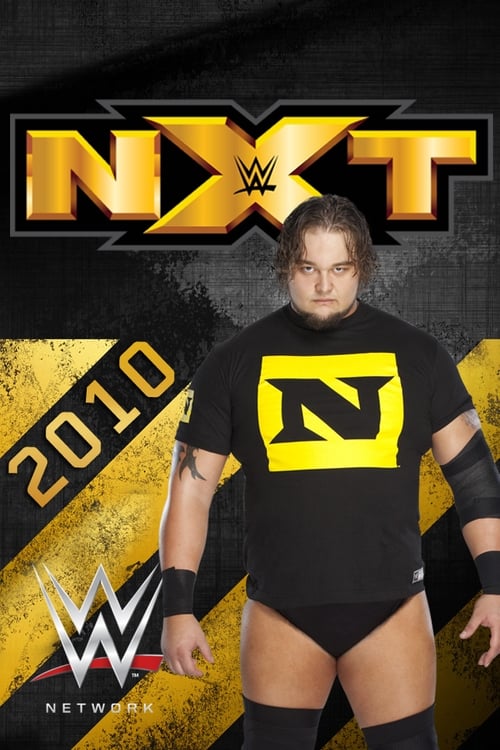 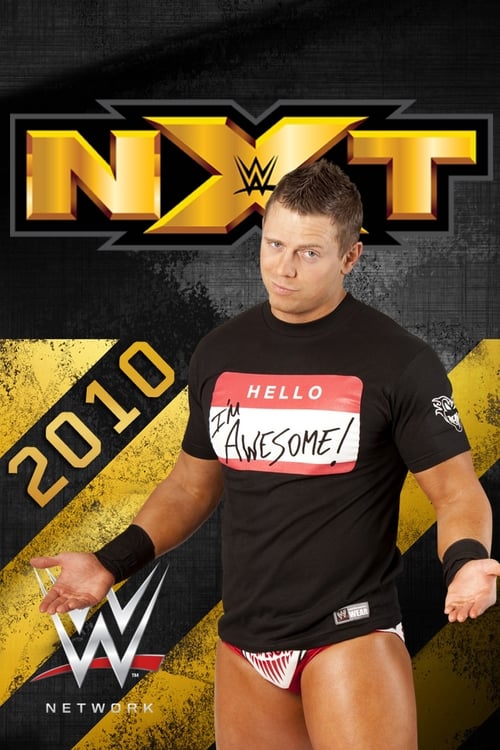 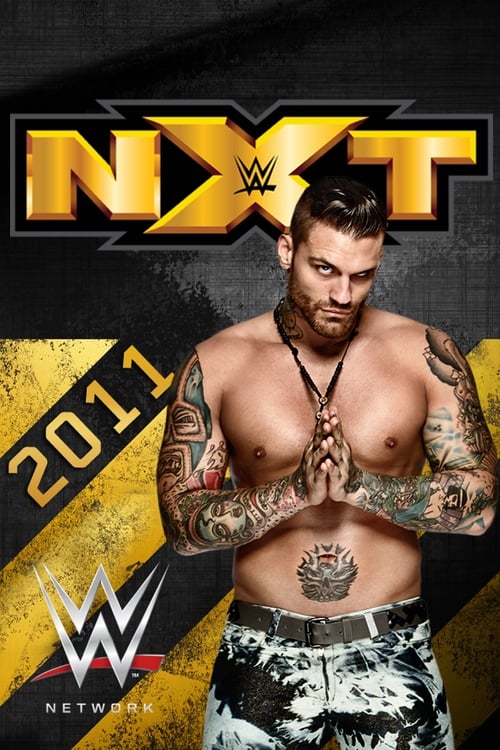 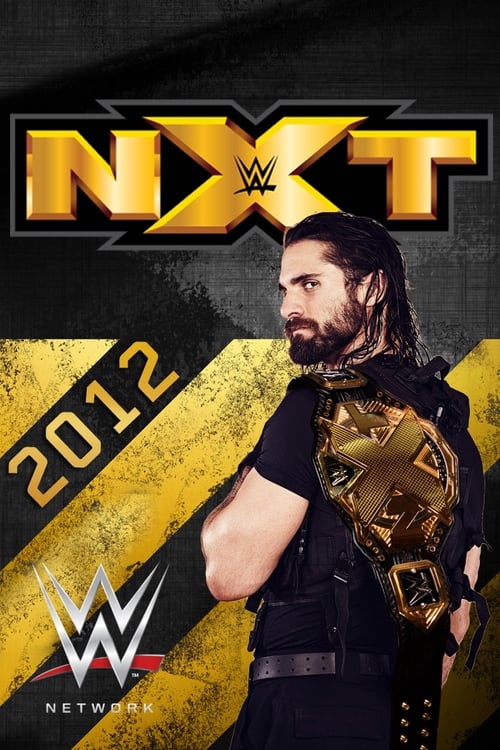 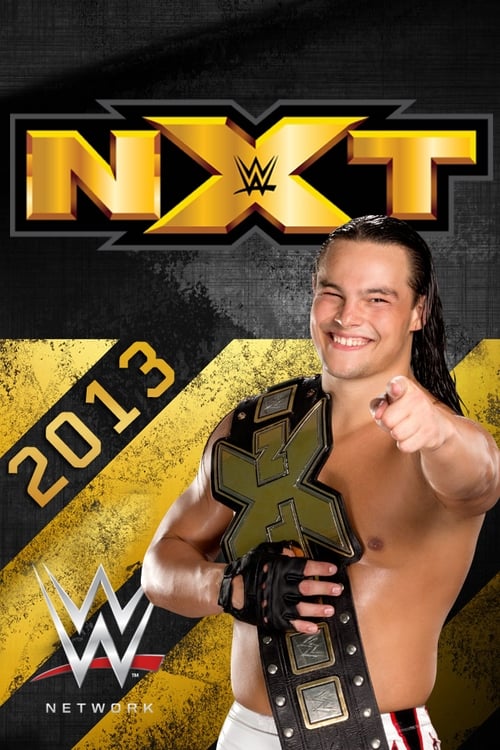 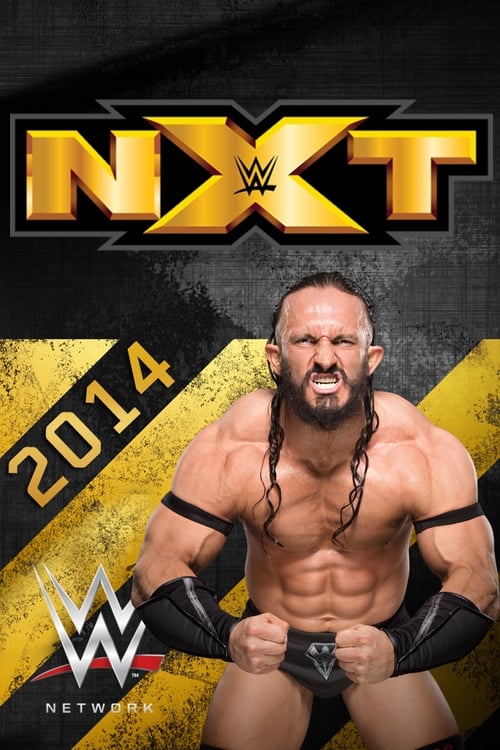 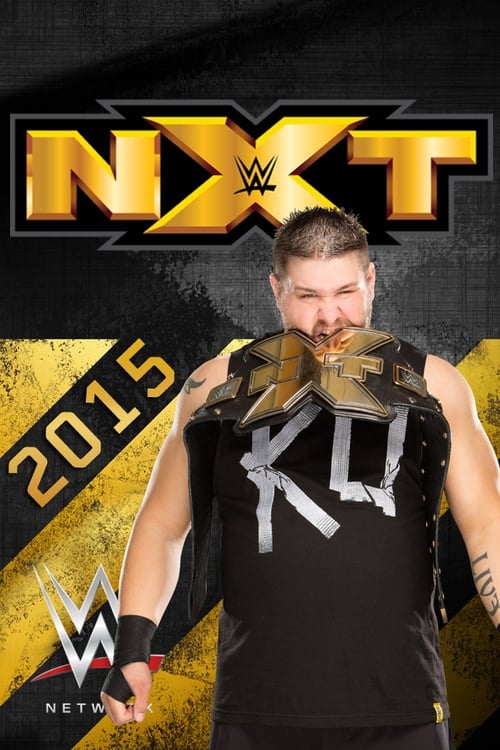 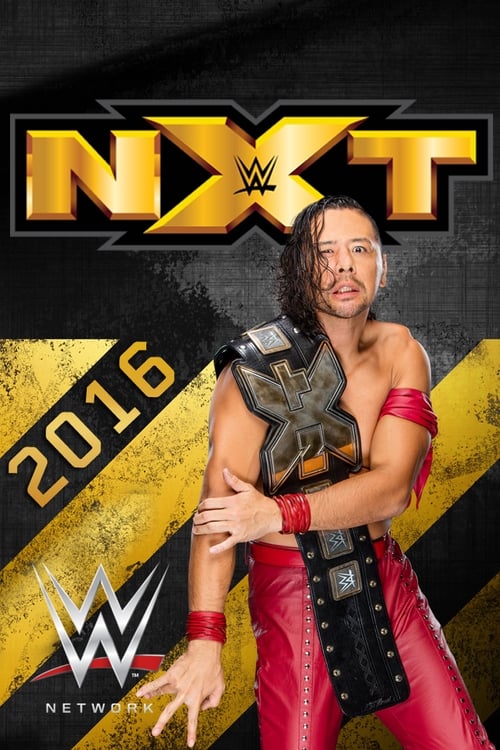 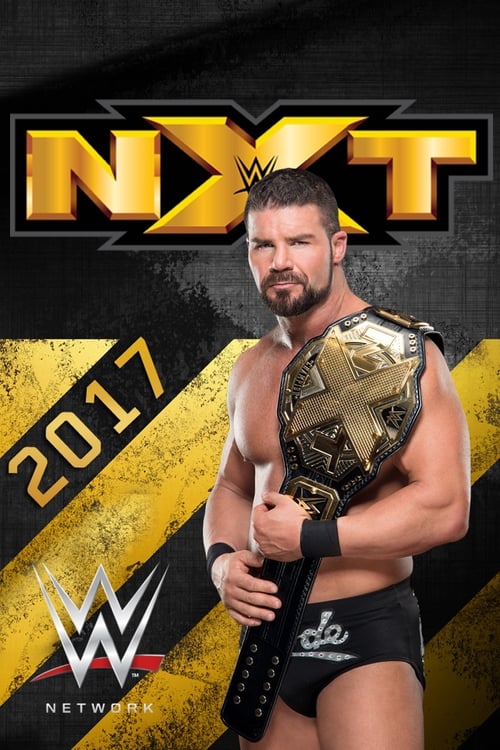 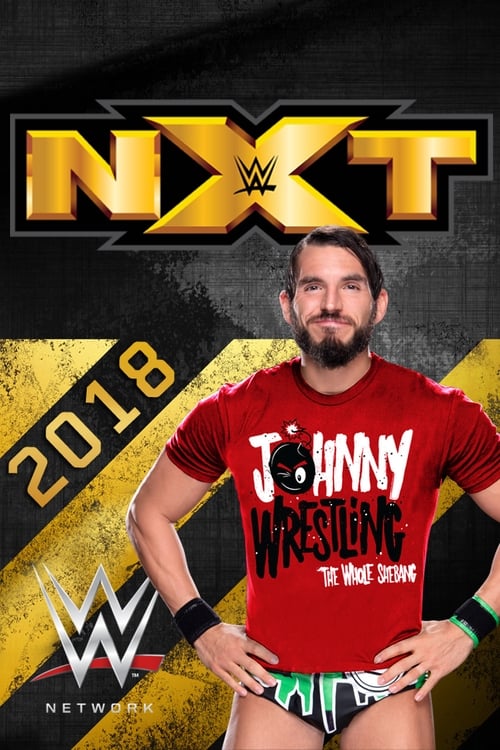 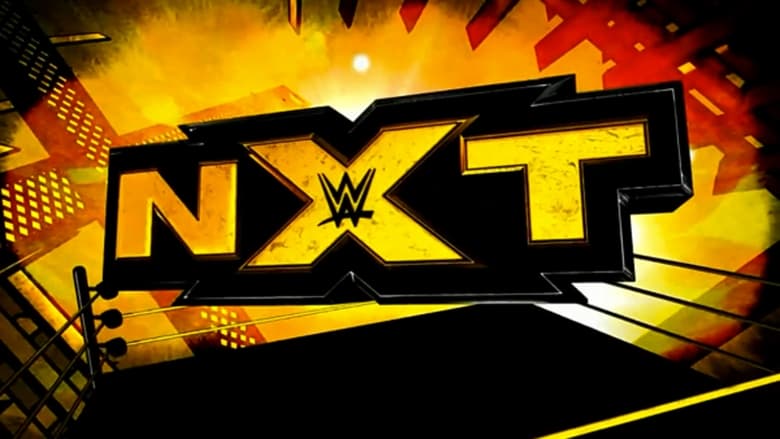 WWE's division of Cruiserweight's battle it out to decide who is the greatest wrestler under 205lbs.

IMPACT WRESTLING offers a unique style of wrestling that features a blend of the traditional with high-flying athleticism and cutting edge action. IMPACT's roster includes the biggest names in wrestling today, and the hottest new stars in the sport.

WWE Raw is a professional wrestling television program that currently airs live on Monday evenings on the USA Network in the United States. The show debuted on January 11, 1993. WWE Raw moved from the USA Network to TNN in September, 2000 and then to Spike TV in August, 2003 when TNN was rebranded. On October 3, 2005 WWE Raw returned to the USA Network. Since its first episode, WWE Raw has broadcast live from 203 different arenas in 169 cities and towns in ten different nations. As of the show's 1,000th episode, airing on July 23, 2012, WWE Raw has become a three-hour broadcast from two-hours, a format that had previously been reserved for special episodes.

WWE Main Event is a professional wrestling television program produced by WWE that airs on the Ion Television network and streams on Hulu Plus in the United States. The show features WWE wrestlers and complements WWE's primary programs Raw and SmackDown.

The superstars of World Wrestling Entertainment's "SmackDown" brand collide each and every Friday on WWE Friday Night SmackDown.

In 1980s LA, a crew of misfits reinvent themselves as the Gorgeous Ladies of Wrestling.

Celebrity Deathmatch is a claymation television show that depicts celebrities against each other in a wrestling ring, almost always ending in the loser's gruesome death. It was known for its excessive amount of blood used in every match and exaggerated physical injuries. The series was created by Eric Fogel; with the pilots airing on MTV on January 1 & 25 1998. The initial series ran from May 14, 1998 to October 20, 2002, and lasted for a 75-episode run. There was one special that did not contribute to the final episode total, entitled "Celebrity Deathmatch Hits Germany", which aired on June 21, 2001. Professional wrestler Stone Cold Steve Austin gave voice to his animated form as the guest commentator. Early in 2003, a film based on the series was announced by MTV to be in the making, but the project was canceled by the end of that year. In 2005, MTV2 announced the revival of the show as part of their "Sic 'Em Friday" programming block. Originally set to return in November 2005, the premiere was pushed back to June 10, 2006 as part of a new "Sic'emation" block with two other animated shows, Where My Dogs At and The Adventures of Chico and Guapo. The show's fifth season was produced by Cuppa Coffee Studios and the premiere drew over 2.5 million viewers, becoming MTV2's highest rated season premiere ever.

Although these twins share the same genes, they will never share the same jeans as living together was more tolerable when they just shared a womb. The free-spirited, vegan-loving, live-and-let-live lifestyle of Brie and Bryan has always clashed with the fancy panache of the designer handbag-loving Nikki and the meticulously organized tendencies of John. However, when the four world-renowned WWE Superstars move in under one roof, the comical clash of titans rings all throughout the suburbs of Tampa, Fla.

A show that goes behind the scenes of WWE events and Superstars.

Da Cor do Pecado is a Brazilian telenovela that was produced and aired by TV Globo in the traditional schedule of 19 hours between January 26 and August 28, 2004 with 185 chapters.

A “small” new student, Ushio Hinomaru, appears before the weak little sumo club of Oodachi High School! The words “big” and “heavy” are the rules to this sport, which does not fit this newbie any inch, but this guy goes and does what...!? Ushio and the small sumo club climbs its way to the top! The goal is Hinoshita Kaisan, a title for the highest rank in professional sumo, equivalent of Yokozuna.

A world-class roster of diverse male and female wrestlers give fans a new wrestling experience for the first time in 20 years.

Dark Side of the Ring

Finding truth at the intersection of fantasy and reality in the veiled world of professional wrestling.

The Edge and Christian Show That Totally Reeks of Awesomeness

WWE presents a half-hour variety show starring the talented duo Edge and Christian, in a series that will take a look back at all the highs and lows of sports-entertainment, while offering a unique and humor filled perspective to the WWE Universe.

Hogan Knows Best is an American reality documentary television series on VH1. The series debuted on July 10, 2005 and centered on the family life of professional wrestler Hulk Hogan. Often focusing on the Hogans' raising of their children, and on Hulk Hogan's attempts to manage and assist in his children's burgeoning careers. The title of the show is a play on the title of a show from the 1950s, Father Knows Best. After the cancellation of Hogan Knows Best in 2007, a spin-off entitled Brooke Knows Best debuted in 2008, and ran for two seasons.

WCW Monday Nitro was a weekly professional wrestling telecast produced by World Championship Wrestling, created by Ted Turner and Eric Bischoff. The show aired Monday nights on TNT, going head-to-head with the World Wrestling Federation's Monday Night Raw from September 4, 1995 to March 26, 2001. Production ceased shortly after WCW was purchased by the WWF. The debut of Nitro began the Monday Night Wars, a ratings battle between the WWF and WCW that lasted for almost six years and saw each company resort to cutthroat tactics to try to compete with the competition. In mid-1996, Nitro began to draw better ratings than Raw based on the strength of the nWo storyline, an anarchist wrestling stable that wanted to take over WCW. Nitro continued to beat Raw for 84 consecutive weeks, forcing WWE owner Vince McMahon to change the way he did business. As the nWo storyline grew stagnant, fan interest in the storyline waned, and Raw began to edge out Nitro in the ratings. The turning point for the organizations came during the January 4, 1999 broadcast of Nitro, during which lead commentator Tony Schiavone gave away the results of matches for that night's Raw broadcast. As Raw was taped and Nitro was live, Bischoff believed that knowing the outcome would dissuade viewers from watching the program. Excited by the prospect of seeing perennial WWF underdog Mick Foley win the WWF Championship, a large number of Nitro viewers changed channels to watch Raw, switching back to Nitro after Foley won the title. From that week forward, Raw beat Nitro in the ratings by a significant amount, and WCW was never able to regain the success it once had.

WWE Experience, is a television program produced by WWE which recaps events taking place on Raw, SmackDown and Main Event that started in May 2004.

The WWE Mae Young Classic is an all women 32 competitor, single elimination tournament exclusively for wrestlers from both NXT and the independent circuit.