The Doctor is a Time Lord: a 900 year old alien with 2 hearts, part of a gifted civilization who mastered time travel. The Doctor saves planets for a living—more of a hobby actually, and the Doctor's very, very good at it.
Trailer 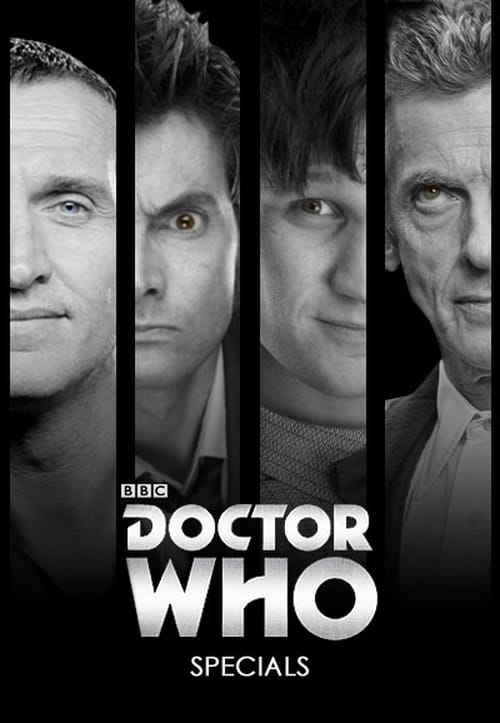 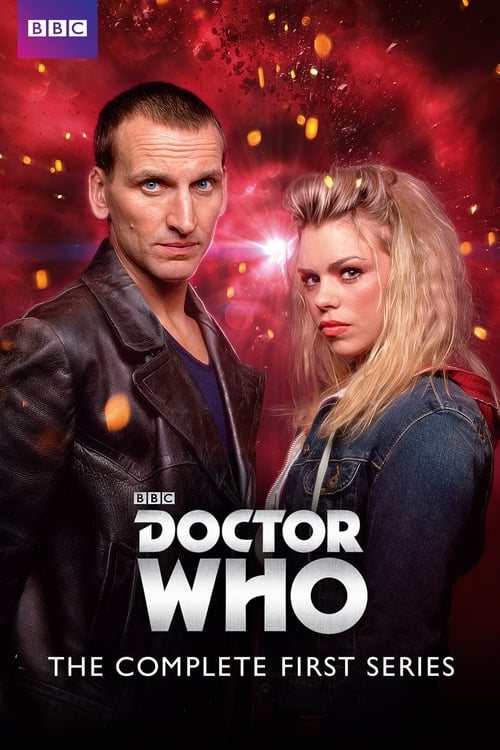 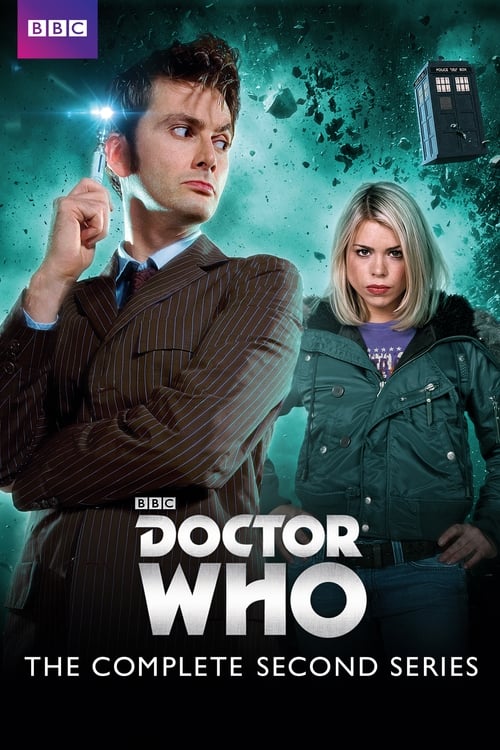 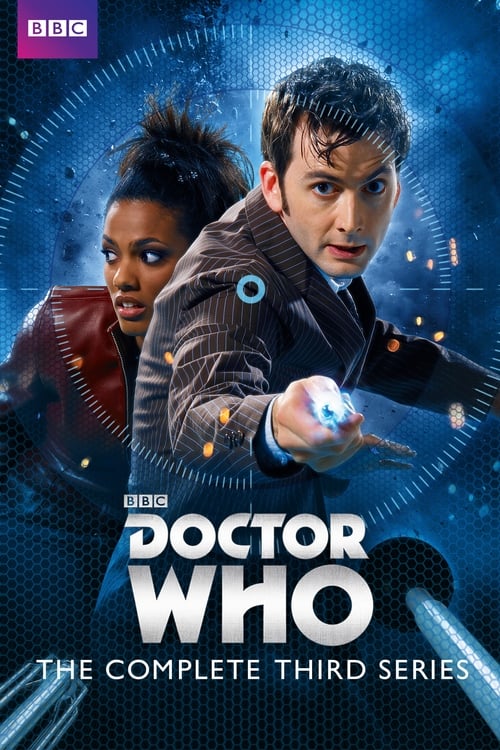 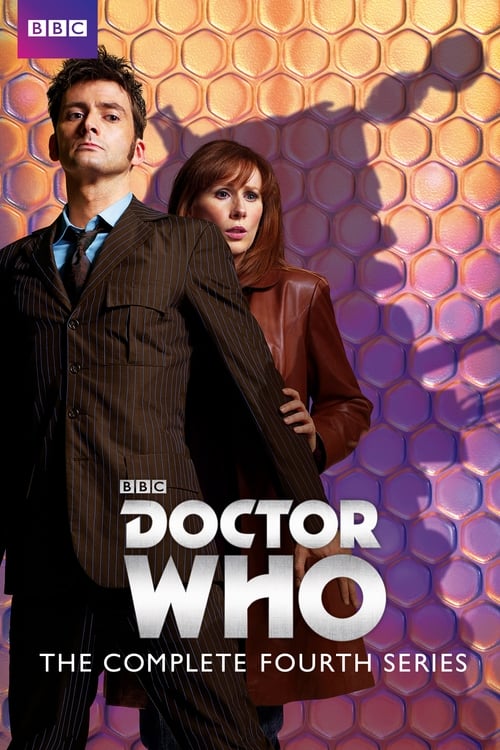 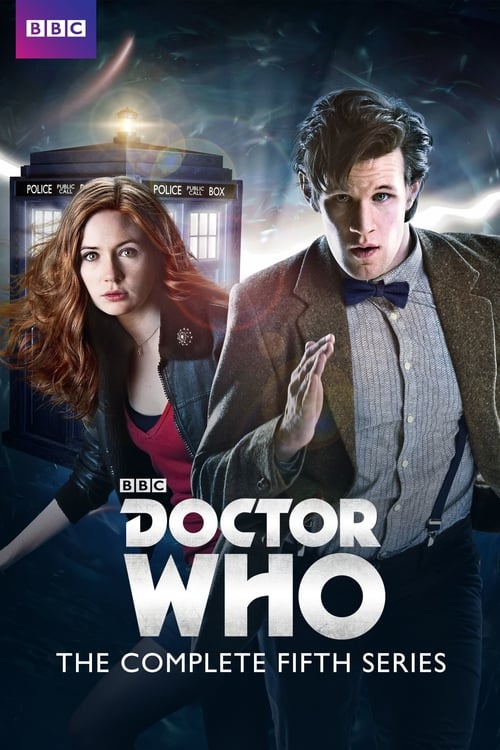 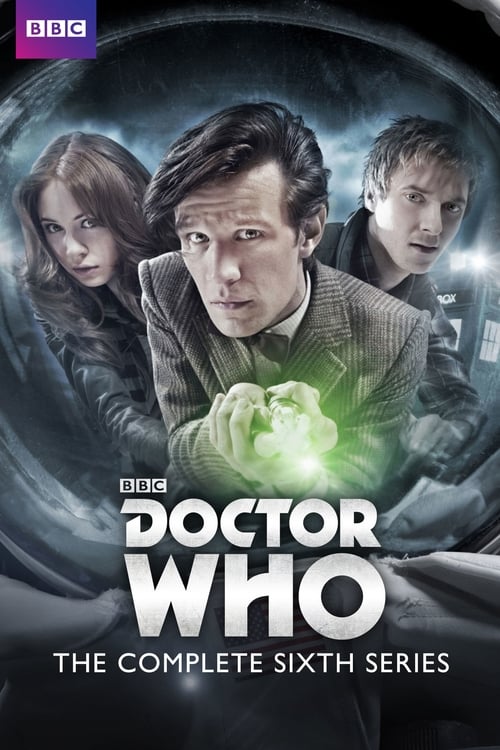 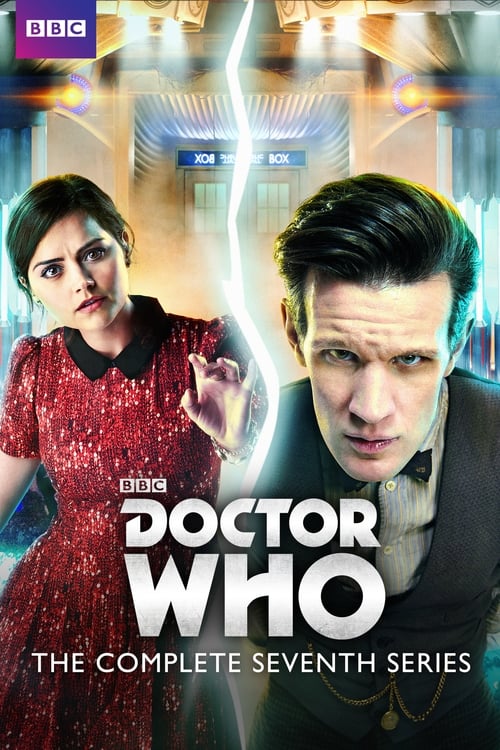 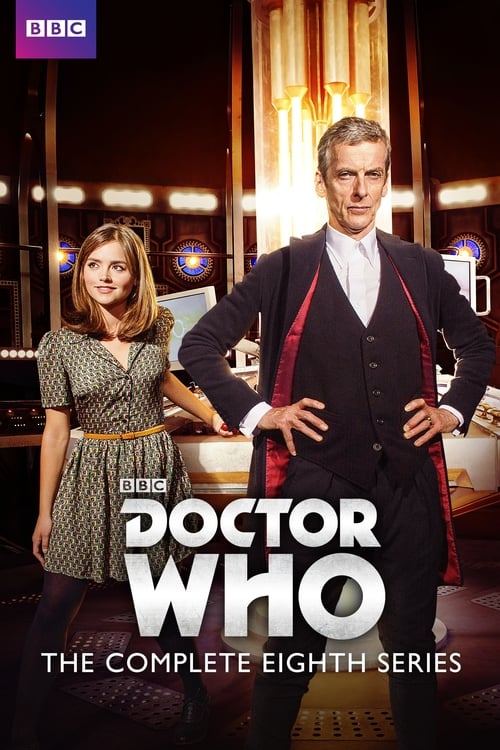 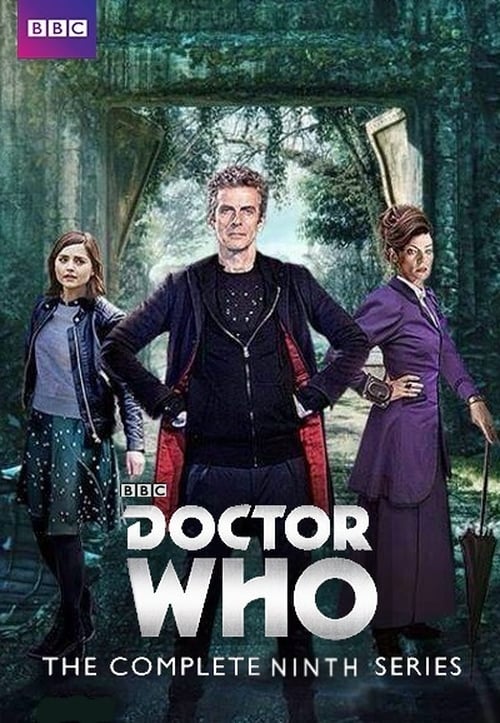 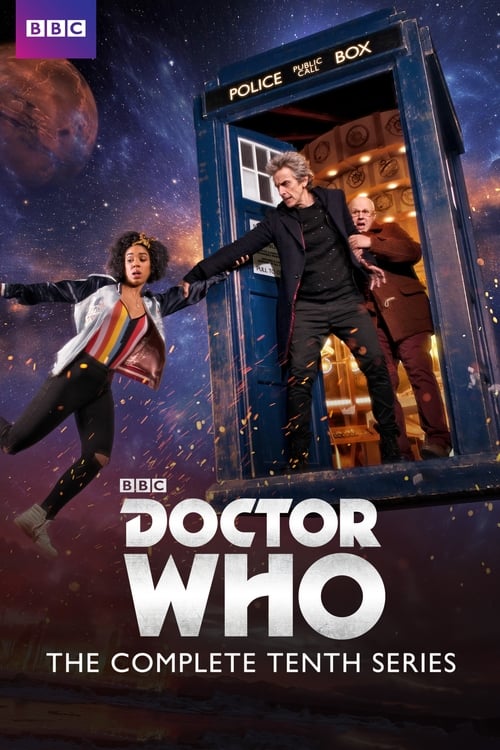 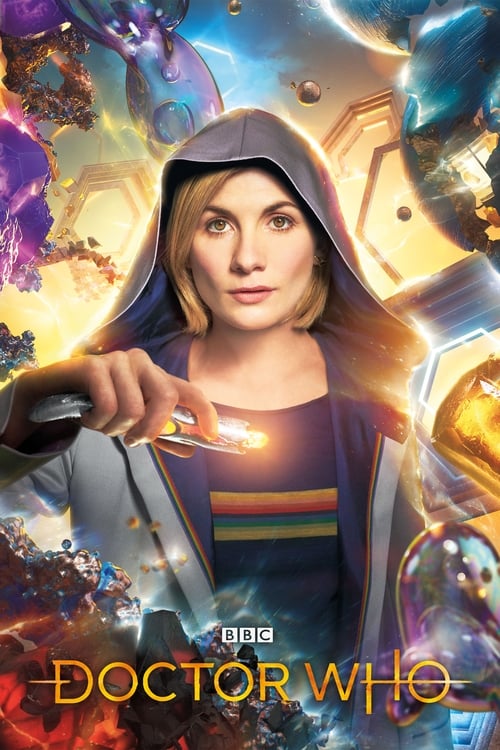 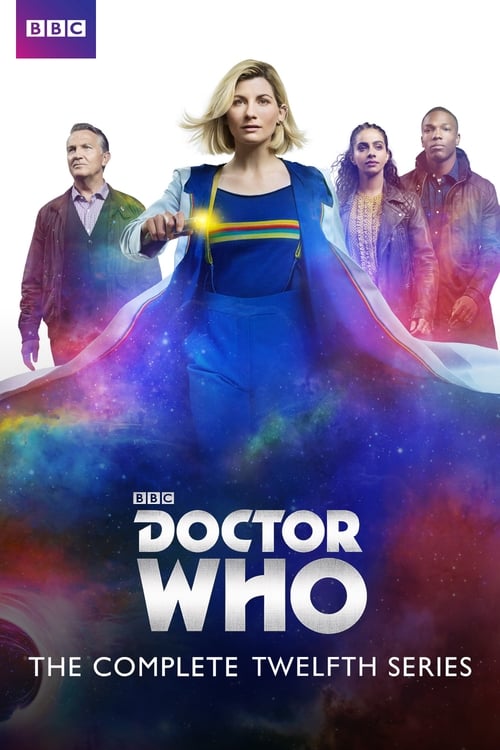 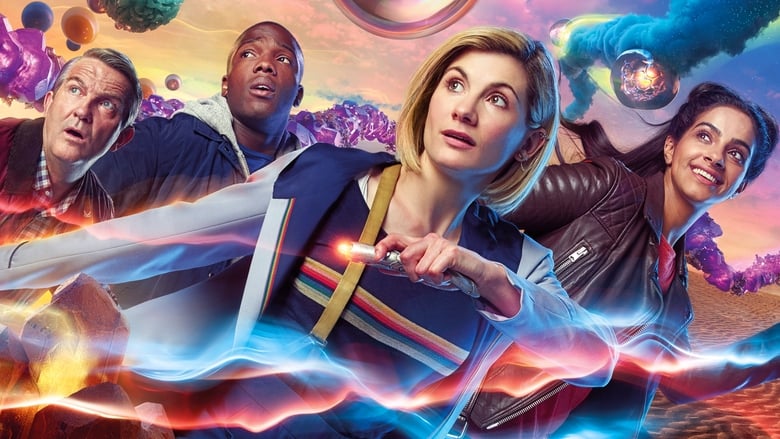 The adventures of a Time Lord—a time-travelling humanoid alien known as the Doctor—who explores the universe in his TARDIS, a sentient time-travelling space ship. Its exterior appears as a blue British police box, which was a common sight in Britain in 1963 when the series first aired. Along with a succession of companions, the Doctor faces a variety of foes while working to save civilisations, help ordinary people, and right wrongs.

Hundreds of years from now, the last surviving humans discover the means of sending consciousness back through time, directly into people in the 21st century. These "travelers" assume the lives of seemingly random people, while secretly working as teams to perform missions in order to save humanity from a terrible future.

A mysterious criminal steals a secret state-of-the-art time machine, intent on destroying America as we know it by changing the past. Our only hope is an unexpected team: a scientist, a soldier and a history professor, who must use the machine's prototype to travel back in time to critical events. While they must make every effort not to affect the past themselves, they must also stay one step ahead of this dangerous fugitive. But can this handpicked team uncover the mystery behind it all and end his destruction before it's too late?

Rick is a mentally-unbalanced but scientifically-gifted old man who has recently reconnected with his family. He spends most of his time involving his young grandson Morty in dangerous, outlandish adventures throughout space and alternate universes. Compounded with Morty's already unstable family life, these events cause Morty much distress at home and school.

A group of friends have customized their microwave so that it can send text messages to the past. As they perform different experiments, an organization named SERN who has been doing their own research on time travel tracks them down and now the characters have to find a way to avoid being captured by them.

The exploits a team of people whose job is to investigate the unusual, the strange and the extraterrestrial.

An English teacher travels back in time to prevent the Kennedy assassination, but discovers he is attached to the life he has made in a bygone era.

Voyagers! is an American science fiction time travel-based television series that aired on NBC during the 1982–1983 season. The series stars Jon-Erik Hexum and Meeno Peluce.

The Ministry of Time

A soldier from the 15th century, a university student from the 19th century and a nurse from the present join the secret 'Department of Time', a secret department within the Spanish government with the ability to travel through time. Their mission is prevent changes in history.

Doraemon is an anime TV series created by Fujiko F. Fujio and based on the manga series of the same name. This anime is the much more successful successor of the 1973 anime.

A re-imagining of the 1980's miniseries about the world's first encounter with an alien race in which the aliens call themselves The Visitors, and have a seemingly friendly agenda that may or may not be a cover for something more malevolent.

In the near future, planet Earth is permanently altered following the sudden—and tumultuous—arrival of seven unique alien races. In the boom-town of Defiance, the newly-formed civilization of humans and aliens must learn to co-exist peacefully.

The series centers on the conflict between a group of rebels from the year 2077 who time-travel to Vancouver, BC, in 2012, and a police officer who accidentally accompanies them. In spite of being many years early, the rebel group decides to continue its violent campaign to stop corporations of the future from replacing governments, while the police officer endeavours to stop them without revealing to anyone that she and the rebels are from the future.

A freak accident during an experimental space mission catapults Astronaut John Crichton across a thousand galaxies to an alien battlefield.

Falling Skies opens in the chaotic aftermath of an alien attack that has left most of the world completely incapacitated. In the six months since the initial invasion, the few survivors have banded together outside major cities to begin the difficult task of fighting back. Each day is a test of survival as citizen soldiers work to protect the people in their care while also engaging in an insurgency campaign against the occupying alien force.

My Girlfriend is an Alien

The alien girl Chai Xiaoqi tells the story of Fang Xiaoqi, the overbearing president of the alien girl who died from the "Cape Town Planet", who was suffering from the "rainy weather heterosexual amnesia". A high-energy hilarious and romantic cross-star love story. The female host Chai Xiaoqi is not only an alien, but also a true-handed witch. Once she inhales the hormones emitted by the males in the earth, she will fall into the "flowery state" and suffer from various diseases. The fun and ridiculously ridiculous romance will restore the singularity of the girl in the perfection of the girl. In order to survive on the human earth, Chai Xiaoqi will use his various super powers to solve one accident after another, like a roller coaster. The ups and downs will make the audience hooked. The male lord is cold and is an alternative overbearing president. When it rains, he will forget the opposite sex that appears around him. For this reason, he and the female host will launch various "fighting and fighting" laughter dramas. The experience of high sweetness and romance is expected to be Strongly slammed the girl's heart when it was broadcast.

Ichabod Crane is resurrected and pulled two and a half centuries through time to unravel a mystery that dates all the way back to the founding fathers.

Babylon 5 is a five-mile long space station located in neutral space. Built by the Earth Alliance in the 2250s, it's goal is to maintain peace among the various alien races by providing a sanctuary where grievances and negotiations can be worked out among duly appointed ambassadors. A council made up of representatives from the five major space-faring civilizations - the Earth Alliance, Minbari Federation, Centauri Republic, Narn Regime, and Vorlon Empire - work with the League of Non-Aligned Worlds to keep interstellar relations under control. Aside from its diplomatic function, Babylon 5 also serves as a military post for Earth and a port of call for travelers, traders, businessmen, criminals, and Rangers.

The provocative story of Cole, a time traveler from a decimated future in a high-stakes race against the clock. Utilizing a dangerous and untested method of time travel, he journeys from 2043 to the present day on a mission to locate and eradicate the source of a deadly plague that will all but annihilate the human race.