Yūri Katsuki carried all of Japan's hopes on his shoulders to win at the Gran Prix Finale ice skating competition, but suffered a crushing defeat. He returns home to Kyushu and half feels like he wants to retire, and half feels like he wants to continue ice skating. Suddenly the five-time consecutive world championship ice skater Victor Nikiforov appears before him with Yuri Plisetsky, a young Russian figure skater who is already defeating his seniors. Victor and both Yuris take up the challeng ...
Trailer 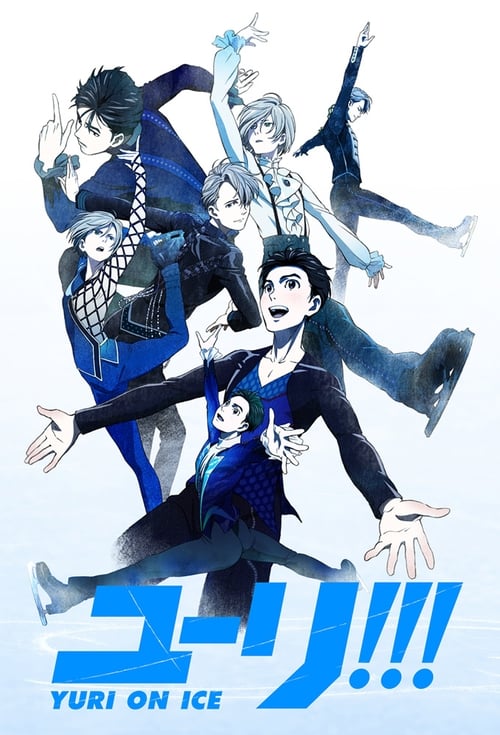 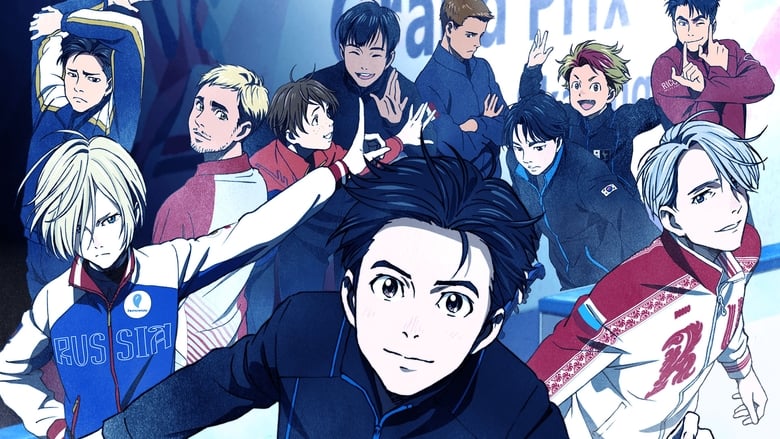 The story revolves around Haruka Nanase, a boy who has always loved to be immersed in water, and to swim in it. Before graduating from elementary school, he participated in a swimming tournament along with his fellow swimming club members, Makoto Tachibana, Nagisa Hazuki, and Rin Matsuoka. After achieving victory, each of the boys went their separate ways. Time passed, and in the middle of their uneventful high school lives Rin appears and challenges Haruka to a match, showing Haruka his overwhelming power. Not wanting it to end like this, Haruka, gathers together Makoto and Nagisa once again and brings a new member named Rei Ryugazaki to create the Iwatobi High School Swimming Club in order to defeat Rin.

6th-year grade-schooler Ayase Chihaya's dream is for her sister to be Japan's top model. However, transfer student Wataya Arata admonishes her that a dream must be about one's own self. Thus, she takes up karuta, a Japanese card game, competitively. Together with Arata and Mashima Taichi, Chihaya's childhood friend, they have great fun playing each other, but separate after graduation. 4 years later, Chihaya returns to town. Although Arata no longer plays the game, she believes that they will eventually reunite as long as she continues karuta. Together with Taichi, she establishes the Mizusawa High-school Karuta Club.

In a world where eighty percent of the population has some kind of super-powered Quirk, Izuku was unlucky enough to be born completely normal. But that won’t stop him from enrolling in a prestigious hero academy. Now, he’ll get his first taste of brutal rivalry from other schools as he braves the cutthroat, no-holds-barred provisional license exam.

Rei is a 17-year old professional shōgi player, who lives by himself, not having a real family, and has scarcely any friends. Among his acquaintances is a family, which consists of a young woman, Akari, and two young girls, Hinata and Momo, and who also keep a numerous number of cats.

In the modern world, a lonely man dies and reincarnates in another world. Rescued as a baby from a tragedy by a brilliant sage named Merlin, the baby is raised as “Shin Walford,” and undergoes training in both magic and martial arts to kill the monsters that ravage the land. At 15 years old, Shin has become shockingly powerful. But his grandfather Merlin has forgotten to teach him the common sense of this world. As a result, Shin enrolls in the kingdom's Magic Academy to hone his skills and mature among other teenagers. However, living a normal life is impossible, as he is established as a local celebrity almost as soon as he arrives. This story follows Shin Walford's high school life in the capital as he makes new friends, learns about the world, and fights off the various forces of evil surrounding him and his city.

Yukihira Souma's dream is to become a full-time chef in his father's restaurant and surpass his father's culinary skill. But just as Yukihira graduates from middle schools his father, Yukihira Jouichirou, closes down the restaurant to travel and cook around the world. Although downtrodden, Souma's fighting spirit is rekindled by a challenge from Jouichirou which is to survive in an elite culinary school where only 10% of the students graduate. Can Souma survive?

Sakamichi Onada is a wimpy high school freshman who loves anime. He initially wants to enter the anime club, but winds up joining the cycling club after meeting two classmates who are already famous cyclists. He undertakes the grueling training to compete in races, and discovers his own hidden talent in cycling.

Otonokizaka High School stands on the border of three cities: Akihabara—a pop culture mecca that's evolving by the minute; Kanda—a conservative, cultured city where history and tradition reign supreme; and Jinbo—a quiet area reserved for a more mature, sophisticated population. Amidst this culture clash, the school now faces closure due to the enrollment of fewer and fewer students. With the school planning to close within three years, nine female students come together with one thing in mind—form a pop idol group to revive the school's popularity and keep it from shutting down. "In order to protect our beloved school, there's only one thing we can do... become pop stars!" Their goal is simple: Become an overnight sensation and use their nationwide media exposure to promote their school and bring in a wave of new students to the ailing area. A simple but solid plan, they figure. Naturally, they're nervous and wonder if this plan can really succeed, but for better or worse their new journey has begun...

Sekai-Ichi Hatsukoi: Onodera Ritsu no Baai is a Japanese boys-love manga series written and illustrated by Shungiku Nakamura. In 2011, the manga was adapted into an anime television series under the title Sekai-ichi Hatsukoi. Produced by Studio DEEN under the direction of Chiaki Kon, the anime series began its broadcast run on April 9, 2011. An original animation DVD was bundled with the fifth and sixth volumes of the manga series, released in March and September 2011. Sekaiichi Hatsukoi follows three couples that are interconnected within the manga industry, with each being subject to the budding of first love.

Yona of the Dawn

The legend of the Four Dragons and the origin of the land has been passed down for generations in the land of Kouka. Currently, Hiryuu Palace has no one else next in line for the throne other than the fifteen year old princess, Yona, who had been raised with care. Finally, the night of her sixteenth birthday arrives. She expects it to be a wonderful day spent with her peace-loving father, Il, her servant and friend Hak, and her cousin Soo-won, who she had feelings for... However... That night, Yona goes to visit her father to tell him how she really feels, because he opposes to her getting married to Soo-won. However, when she gets to her room, she encounters a shocking truth. The destinies of Yona and the Four Dragons entwine in this period drama fantasy romance!

Run with the Wind

Kakeru, a former elite runner at high school, is chased for stealing food. He is saved by a Kansei University student Haiji, who is also a runner. Haiji persuades Kakeru to live in the old apartment "Chikuseisou" where he plans to team up with fellow residents to enter Hakone Ekiden Marathon, one of the most prominent university races in Japan. Kakeru soon finds out that all of the residents except for Haiji and himself are complete novices.

The historical epic centers on Shichika Yasuri, the seventh generational head of the Kyotō-ryū school of martial arts in medieval Japan. He and his older sister Nanami live on an isolated island, until a military advisor named Togame tells him of the final 12 swords forged by a legendary swordsmith. At Togame's bidding, Shichika embarks on a journey to find all 12 of the swords.