Courtney Whitmore, a smart, athletic and above all else kind girl, discovers her step-father has a secret: he used to be the sidekick to a superhero. "Borrowing" the long-lost hero’s cosmic staff, she becomes the unlikely inspiration for an entirely new generation of superheroes.
Trailer 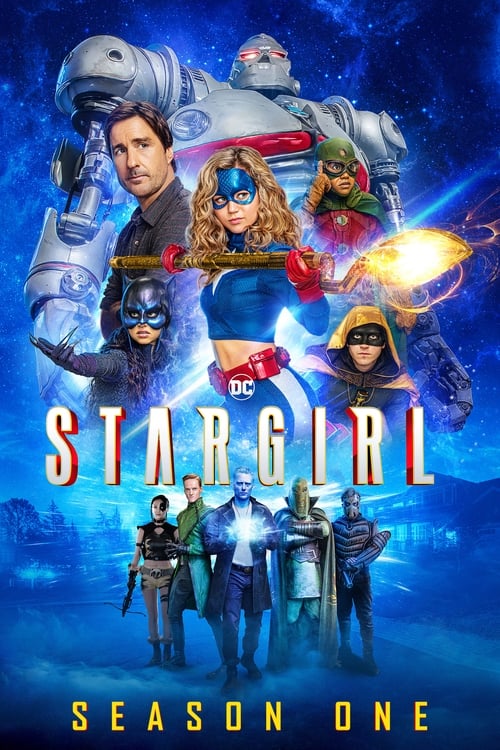 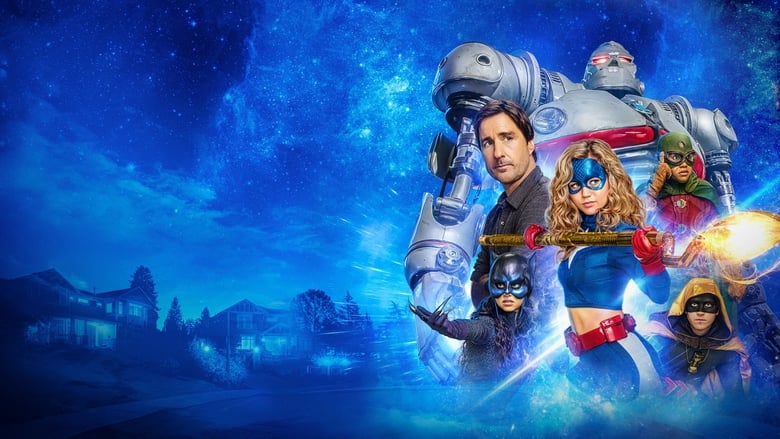 A team of young superheroes led by Nightwing (formerly Batman's first Robin) form to combat evil and other perils.

Twenty-four-year-old Kara Zor-El, who was taken in by the Danvers family when she was 13 after being sent away from Krypton, must learn to embrace her powers after previously hiding them. The Danvers teach her to be careful with her powers, until she has to reveal them during an unexpected disaster, setting her on her journey of heroism.

Teenage superheroes strive to prove themselves as members of the Justice League.

Spoiled billionaire playboy Oliver Queen is missing and presumed dead when his yacht is lost at sea. He returns five years later a changed man, determined to clean up the city as a hooded vigilante armed with a bow.

When heroes alone are not enough ... the world needs legends. Having seen the future, one he will desperately try to prevent from happening, time-traveling rogue Rip Hunter is tasked with assembling a disparate group of both heroes and villains to confront an unstoppable threat — one in which not only is the planet at stake, but all of time itself. Can this ragtag team defeat an immortal threat unlike anything they have ever known?

With the strength of Hercules, the wisdom of Athena, the speed of Mercury and the beauty of Aphrodite, she’s Wonder Woman. Beautiful Amazon princess Wonder Woman travels to 1940s America disguised as Diana Prince, assistant to handsome but trouble-prone Major Steve Trevor. Using her golden belt, which imbues her with astonishing strength, her bullet-deflecting bracelets, a golden lasso that dispels dishonesty and an invisible supersonic plane, Wonder Woman combats evil.

Kate Kane, armed with a passion for social justice and a flair for speaking her mind, soars onto the streets of Gotham as Batwoman, an out lesbian and highly trained street fighter primed to snuff out the failing city's criminal resurgence. But don't call her a hero yet. In a city desperate for a savior, Kate must overcome her own demons before embracing the call to be Gotham's symbol of hope

Legion of Super Heroes is an American animated television series produced by Warner Bros. Animation that debuted on September 23, 2006, and is based on characters owned by DC Comics. The series centers on a young Superman's adventures in the 31st century, fighting alongside a group of futuristic superheroes known as the Legion of Super-Heroes. The show was produced by its main designer James Tucker, a co-producer of the Justice League Unlimited series, for the Kids' WB line on The CW network. The series drew on the rich history of the Legion of Super-Heroes, taking inspiration from stories set during all time periods of the team's nearly 50-year history in comics. Continuity is internally consistent but is not shared with any previous incarnation of the Legion, either animated or in print. The series was cancelled after its second season.

The Teen Titans are five heroes under one roof. Their names: Robin, Starfire, Raven, Cyborg, and Beast Boy They live in a large tower in the shape of a T that they call Titan Tower. No secret identities. No school. Just superheroes being superheroes. They must go up against their arch nemesis, Slade, and his evil minions. What he really plans to do is unknown but one thing's for sure... he's an evil madman.

A much more lavish version of the popular Superman television series which had first aired forty years earlier, Lois & Clark focused more on the Man of Steel's early adult years in Metropolis. With the unknowing help of Lois Lane, Clark Kent created Superman there in Metropolis after finding work at the world-famous Daily Planet newspaper, where he meets fellow reporter Lois Lane.

The origins of the world’s greatest hero–from Krypton refugee Kal-el’s arrival on Earth through his tumultuous teen years to Clark Kent’s final steps toward embracing his destiny as the Man of Steel.

After a particle accelerator causes a freak storm, CSI Investigator Barry Allen is struck by lightning and falls into a coma. Months later he awakens with the power of super speed, granting him the ability to move through Central City like an unseen guardian angel. Though initially excited by his newfound powers, Barry is shocked to discover he is not the only "meta-human" who was created in the wake of the accelerator explosion -- and not everyone is using their new powers for good. Barry partners with S.T.A.R. Labs and dedicates his life to protect the innocent. For now, only a few close friends and associates know that Barry is literally the fastest man alive, but it won't be long before the world learns what Barry Allen has become...The Flash.

Robin, Starfire, Raven, Beast Boy and Cyborg return in all-new, comedic adventures. They may be super heroes who save the world every day ... but somebody still has to do the laundry!

A dysfunctional family of superheroes comes together to solve the mystery of their father's death, the threat of the apocalypse and more.

The Doom Patrol’s members each suffered horrible accidents that gave them superhuman abilities — but also left them scarred and disfigured. Traumatized and downtrodden, the team found purpose through The Chief, who brought them together to investigate the weirdest phenomena in existence — and to protect Earth from what they find.

Seth is a boy who seeks to become a great magician, and a group of witches who seek to travel to the Radiant. Radiant is a mythical land that spawns monsters called "Néméses" which fall to the world from the sky. While traveling, they are also hunted by The Inquisition.

When a bolt of lightening crashes through a police crime lab, a mix of electrically charged substances bathes chemist Barry Allen, transforming him into the fastest man alive--The Flash.