In a world populated by anthropomorphic animals, herbivores and carnivores coexist with each other. For the adolescences of Cherryton Academy, school life is filled with hope, romance, distrust, and uneasiness. The main character is Legoshi the wolf, a member of the drama club. Despite his menacing appearance, he has a very gentle heart. Throughout most of his life, he has always been an object of fear and hatred by other animals, and he's been quite accustomed to that lifestyle. But soon, he f ...
Trailer 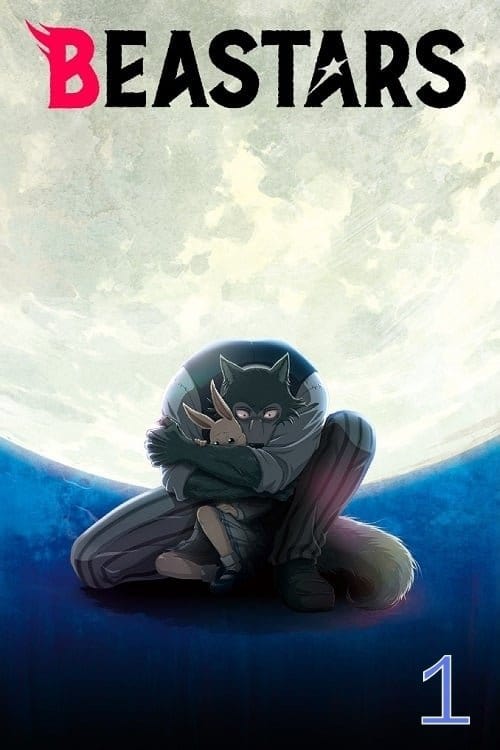 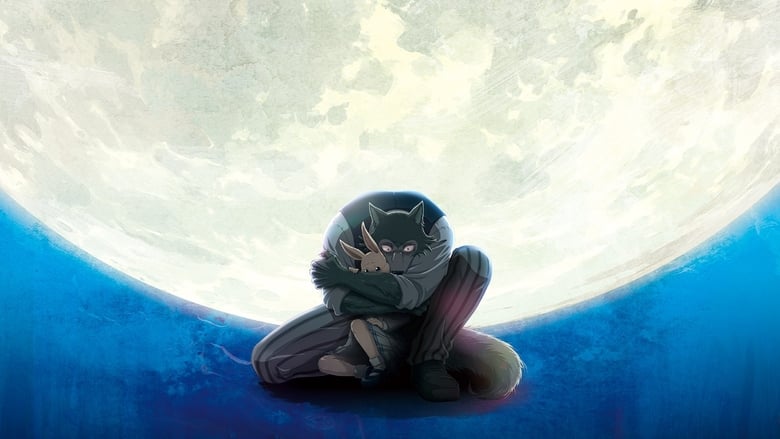 Seton Academy, a school full of animals where, thanks to population decline, there are fewer humans than any other creature. Mazama Jin, an animal hater and the only human male in his class, falls in love with Hino Hitomi, the only female human, the moment he lays eyes her. However he soon finds himself entangled with various other creatures after he reluctantly joins the 'pack' of Lanka the wolf, the only other member of her pack. After getting to know each other, the two decide to create a cooking club, and after a few bad-blooded misunderstandings, Ranka soon joins the club as well. Thus begins the howl-some and howl-arious story of two normal humans; an adorable wolf; a cheerful koala; a sluggish, blonde sloth; and a feline with cattitude in their newfound club—in a story that teaches that friendship can be forged by creatures of different kinds.

In today's Japan, "rental" services can deliver an afternoon with a "friend," a "parent," even a fake girlfriend! Kinoshita Kazuya is a 20-year-old failure of a college student. He managed to kiss his girlfriend once, but was dumped after a month. Completely spiteful, Kazuya gets just desperate enough to give it a try. But he quickly discovers how complicated it can be to "rent" an emotional connection... and his new "girlfriend", Mizuhara Chizuru, who's trying to keep her side hustle secret, will panic when she finds out her real life and Kazuya's are intertwined in surprising ways! A reckless rom-com filled with love and excitement is about to begin!

Uzaki-chan Wants to Hang Out!

Sakurai Shinichi's one wish is for a little peace and quiet. But Uzaki Hana–his boisterous, well-endowed underclassman–has other plans. All she wants is to hang out and poke fun at him. With the help of her chipper charm and peppy persistence, this might just be the start of a beautiful relationship!

Sakamoto Ryouta is an unemployed 22-year-old who lives with his mother. In the real world, there may be nothing really special about him, but online, he's one of the world's top players of the combat game Btooom!. One day, he awakes on what appears to be a tropical island, though he has no memory of how or why he has come to be there. While wandering around, Ryouta sees someone and calls out for help. The stranger responds by throwing a bomb at him! Now Ryouta realizes both that his life is in danger and that he has somehow been trapped in a real-life version of his favourite game! Will Ryouta be able to survive long enough to figure out how and why he ended up here?

At first glance Yukishiro Nanako seems like a normal high school girl, but she has a notable eccentricity: instead of speaking, she communicates only through written senryu poetry! This means she expresses herself only in 5-7-5 syllables. To most this might seem like an inconvenience, but for Nanako and her ex-delinquent bestie, Busujima Eiji, it adds to the experience of their high school lives as they run the Literature Club.

Natsuo is a high school boy who is experiencing the crushing despair of unrequited love. To make matters worse, the person he is in love with is his teacher, Hina. In an attempt to lift his spirits, he attends a mixer where he meets a girl named Rui. The two sleep together, expecting never to see one another again, but fate has other plans. His life suddenly becomes more complicated when his father comes home and announces he has remarried a woman with two daughters whom Natsuo has met before: Hina and Rui!

High school student Chiyo Sakura has a crush on schoolmate Umetarō Nozaki, but when she confesses her love to him, he mistakes her for a fan and gives her an autograph. When she says that she always wants to be with him, he invites her to his house and has her help on some drawings. Chiyo discovers that Nozaki is actually a renowned shōjo manga artist named Sakiko Yumeno. She then agrees to be his assistant in order to get closer to him. As they work on his manga Let's Fall in Love (恋しよっ), they encounter other schoolmates who assist them or serve as inspirations for characters in the stories.

She is Yoshiko Hanabatake, and she's an idiot through and through. She loves bananas, and she loves her childhood friend Akkun. That is all!

Since the graduation of the senior members of the club, Takezou ends up being the sole member of the "Koto" (traditional Japanese string instrument) club. Now that the new school year has begun, Takezou will have to seek out new members into the club, or the club will become terminated. Out of nowhere, a new member barges into the near-abandoned club room, demanding to join the club. How will Takezou be able to keep his club alive and deal with this rascal of a new member?

Sing "Yesterday" for Me

After college, Rikuo Uozumi, a boy without much ambition in life, takes on a job at a convenience store. The days pass by uneventfully for Rikuo until he meets his former girlfriend and classmate, but especially thanks to the unusual Haru Nonaka, and her pet raven...

Nariyuki Yuiga is in his last and most painful year of high school. In order to gain the “special VIP recommendation” which would grant him a full scholarship to college, he must now tutor his classmates as they struggle to prepare for entrance exams. Among his pupils are “the sleeping beauty of the literary forest,” Fumino Furuhashi, and “the Thumbelina supercomputer,” Rizu Ogata–two of the most beautiful super-geniuses at the school! While these two were thought to be academically flawless, it turns out that they’re completely clueless outside of their pet subjects…!? As Nariyuki’s life is turned upside down by these quirky girls who just never learn, he must do everything he can to get them accepted into college! The stage is set for this romantic comedy featuring prodigies who never learn when it comes to studying and love!

Vampires, robots, sorcery… And that’s all before Gym Class! Welcome to Mahora Academy, an all-girls school where the impossible and the enchanting are a part of the curriculum. It’s the start of the new school year and emotions run rampant as the girls of Class 2-A meet the newest staff addition – Negi Springfield. A ten-year-old Welsh born prodigy, Negi has more problems than he has students. As a wizard-in-training, this academic appointment is the final requirement in his quest to become a Magister Magorum. But if he messes things up and the girls find out, existence as an exotic ermine will be his fate!

Welcome to the Ballroom

Tatara is an average middle school student with no particular dreams until an unexpected incident draws him into the fascinating world of ballroom dancing. “If I can just find one thing to be passionate about...” He dives into the world of dance, believing it's his opportunity to change. “Dance is a passion!”

O Maidens In Your Savage Season

The girls in a high school literature club do a little icebreaker to get to know each other: answering the question, "What's one thing you want to do before you die?" One of the girls blurts out, "Sex." Little do they know, the whirlwind unleashed by that word pushes each of these girls, with different backgrounds and personalities, onto their own clumsy, funny, painful, and emotional paths toward adulthood.

Fushimi Inari is a shy, not-so-bright middle school girl living in Kyoto's Fushimi ward. She has a crush on her classmate Tanbabashi, but cannot express her feelings. One day, as thanks for helping a fox pup, the deity Uka no Mitama no Kami grants her the ability to change her form.

High school sophomore Yūki Hase noticed that Kaori Fujimiya, his classmate, was always alone. He tried to start a conversation with her but was turned down: "My memories of friendship can last only a week," she said. Despite of knowing this shocking truth, Yūki keeps trying to be Kaori's "new" friend every week.

At the end of her first year of high school, Futaba Yoshioka suddenly has a chance encounter with her first love, Kou Tanaka. Three years ago, he transferred schools before she was able to say how she felt about him. After meeting each other again, Futaba realizes that he has gone through many changes. He acts more cool and even had his last name changed to Mabuchi. Gradually the two rekindle their love while piecing together what had happened in the time that they were apart.

Earth faces an unprecedented threat from an invasion by the mysterious Kiseichuu. The Kiseichuu feed on human sexual energy, also known as “H-energy”, and weaken the human population. High school student Retto Enjo is a member of the hero group HXEROS, who fight together to save the earth from the Kiseichuu.

Tohru Honda is 16 year old orphaned girl who gets invited to live in the house of her classmate, the handsome boy Sohma Yuki, and his cousins, 16 year old Kyo and 27 year old Shigure. However, these young men and parts of the rest of their family (both close and distant) hold a curse; if they are hugged by the opposite gender, they transform into animals of the Chinese Zodiac. Everyday is an adventure for sweet Tohru, as she gets to know everyone in the large family better (especially Yuki and Kyo), in both common and bizarre situations. But, the Sohma Family curse is certainly no laughing matter... it also holds horrible cruelty and heartbreak.