There is a tower that summons chosen people called "Regulars" with the promise of granting their deepest desires. Whether it be wealth, fame, authority, or something that surpasses them all—everything awaits those who reach the top. Twenty-Fifth Bam is a boy who had only known a dark cave, a dirty cloth, and an unreachable light his entire life. So when a girl named Rachel came to him through the light, his entire world changed. Becoming close friends with Rachel, he learned various things ab ...
Trailer 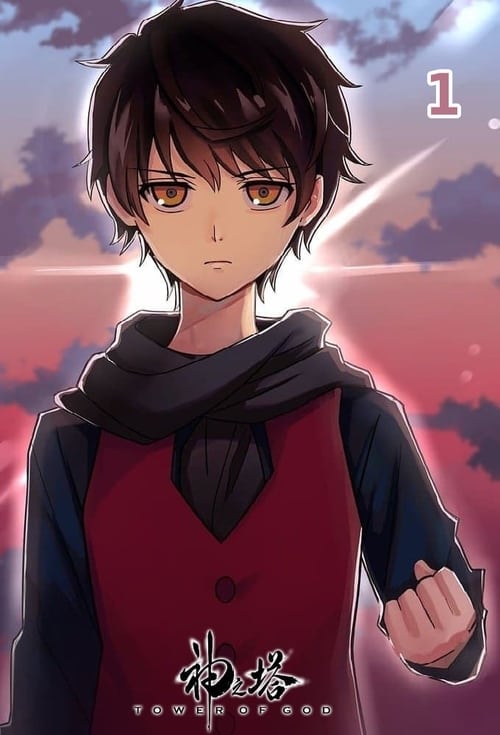 The “Abyss” is the last unexplored region, an enormous and treacherous cave system filled with ancient relics and strange creatures. Only the bravest of adventurers can traverse its depths, earning them the nickname, “Cave Raiders.” Within the depths of the Abyss, a girl named Riko stumbles upon a robot who looks like a young boy. Tantalized by the Abyss, Riko and her new friend descend into uncharted territory to unlock its mysteries, but what lies in wait for them in the darkness?

The one adored as the mother is not the real parent. The people living here together are not actual siblings. The Gracefield House is where orphaned children live. An irreplaceable home where 38 siblings and Mom live happy lives, even with no blood relations. However, their everyday life suddenly came to an abrupt end one day...

Somali and the Forest Spirit

The world is ruled by spirits, goblins, and all manner of strange creatures. Human beings are persecuted, to the very point of extinction. One day, a golem and a lone human girl meet. This is a record of the pair, one a member of a ruined race, the other a watchman of the forest. It tells of their travels together and of the bond between father and daughter.

Magic Knight Rayearth is a Japanese manga series created by Clamp, an all-female manga artist team consisting of Satsuki Igarashi, Ageha Ohkawa, Tsubaki Nekoi and Mokona. Appearing as a serial in the manga magazine Nakayoshi from the November 1993 issue to the February 1995 issue, the chapters of Magic Knight Rayearth were collected into three bound volumes by Kodansha, and published from July 1994 to March 1995. A sequel was serialized in the same manga magazine from the March 1995 issue to the April 1996 issue, and was published by Kodansha in three bound volumes from to July 1995 to April 1996. The series follows three eighth-grade girls who find themselves transported from modern-day Japan into a magical world, where they are tasked with rescuing a princess. Rayearth combines elements from the magical girl and mecha anime genres with parallel world fantasy. The manga was adapted into two anime series in 1994 and an original video animation in 1997.

In the near future, a Virtual Reality Massive Multiplayer Online Role-Playing Game (VRMMORPG) called Sword Art Online has been released where players control their avatars with their bodies using a piece of technology called Nerve Gear. One day, players discover they cannot log out, as the game creator is holding them captive unless they reach the 100th floor of the game's tower and defeat the final boss. However, if they die in the game, they die in real life. Their struggle for survival starts now...

Hatori Chise is only 16, but she has lost far more than most. With neither family nor hope, it seems all doors are closed to her. But, a chance encounter began to turn the rusted wheels of fate. In her darkest hour, a mysterious magus appears before Chitose, offering a chance she couldn't turn down. This magus who seems closer to demon than human, will he bring her the light she desperately seeks, or drown her in ever deeper shadows?

The Rising of the Shield Hero

Iwatani Naofumi was summoned into a parallel world along with 3 other people to become the world's Heroes. Each of the heroes respectively equipped with their own legendary equipment when summoned, Naofumi received the Legendary Shield as his weapon. Due to Naofumi's lack of charisma and experience he's labeled as the weakest, only to end up betrayed, falsely accused, and robbed by on the third day of adventure. Shunned by everyone from the king to peasants, Naofumi's thoughts were filled with nothing but vengeance and hatred. Thus, his destiny in a parallel World begins...

Natsume Takashi has the ability to see spirits, which he has long kept secret. However, once he inherits a strange book that belonged to his deceased grandmother, Reiko, he discovers the reason why spirits surround him.